The effects of network issues in a SOHO environment can affect everyone, and without on-site support to help users resolve their problems these issues can be long lasting and have a bad effect on employee productivity. Poor performance of cloud based applications are becoming increasingly common, and with the continuous migration to cloud services this has an increasing effect on a business. While the application may be said to be “in the cloud” it may actually be residing in a completely different continent, so if the application has not been developed to make use of technologies such as edge computing then issues such as latency and network congestion often cause poor performance for Office 365 or other cloud-based applications used by enterprises all around the world.  In a recent Gartner survey, 22% of IT leaders cited network problems as the root cause for cloud application performance issues.

For remote workers, high quality, reliable VPN access into their office is critical. Network Operations staff face the additional challenge of large fluctuations in traffic volumes, as different numbers of people work from home through the week. Monitoring Traffic Type Trends Tracking long term trends in network usage, ideally broken down by basic traffic types, gives the chance for proactive planning for additional capacity. By being able to see different traffic types, for example, facebook, video, VoIP and so on, the possibility to put in place additional VPN rules is opened up, to avoid unnecessary traffic routing through the VPN.

The importance of analysing Packet Loss and Jitter

Just looking at total throughput rates is only part of the picture. It’s common to see increases in packet loss and jitter ahead of a critical failure, as processes become overloaded. Having the ability to monitor these metrics over time is important. Packet loss can have a bad impact on overall speed of browsing and downloads, whilst jitter can impact traffic such as VoIP 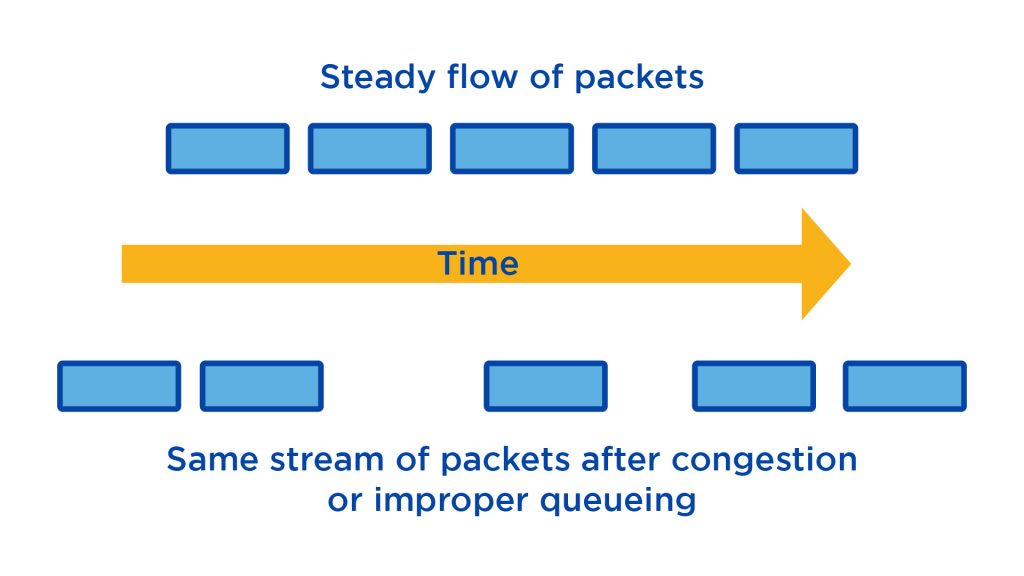 A good way to cheaply improve VPN performance is by optimising the traffic that is routed through it. Does Office365 or WebEx need to tunnel through the VPN? By having a deep understanding of what traffic types and applications are going through your VPN, you can start to make intelligent optimisation decisions, based on facts.

With both real-time and historical data analysis the Allegro Packets Network Multimeter is able to pinpoint issues contributing to quality of experience problems with cloud based applications, voice and video over IP as well as those hard-to-identify intermittent problems. The unique historical data analysis enables troubleshooting of issues experienced with specific applications already, so you can troubleshoot and resolve them for the future. The Network Multimeter is the tool you need to answer why your Webex session just terminated, or why you couldn’t be heard on your last Zoom meeting.

Voice and video conference software are an essential when remotely working, however these applications are the most sensitive to network issues with conditions such as network congestion, excessive latency and packet loss. Identifying the root cause of voice and video problems with the Network Multimeter ensures remote workers can operate as part of a distributed team.

Small enough to be used in any small or home office, the Allegro 200 enables troubleshooting of SOHO network and business applications.

Answer business questions like “Why is WebEx not working well now?” or “Why was Zoom poor last Tuesday at 3pm?”

Connect inline with traffic, or on a network TAP / mirror port

Test up to the application later